On the Path to Par

On the Path to Par
by Mike Jones

“From here, we go up the hill between my house and Beebe’s garage. The hole is a dogleg left across the driveway to just in front of the mailbox,” instructed Pat as Pete, Butch, and myself stood in Pat’s back yard.

My first introduction to the game was during summer break in my early teens. We spent our waking hours outdoors and were always dreaming up ways to compete. After hours of two on two basketball, Butch spotted some plastic golf balls belonging to his younger brother, pointed to his parents golf clubs, and challenged us to a makeshift round in neighborhood yards.

As fun and addicting it was hitting that little white ball around, as well as kicking my friend’s butts, due to circumstances and other pursuits, I didn’t progress to the real thing. Of course, being highly competitive, I did play a handful of times over the next thirty years when invited. However, a passion was never ignited to take up the game. This came to an abrupt change in the fall of 2003.

It all began during an overdue visit to my parents at the start of a much-needed week of vacation. After sitting down to join them watch Tiger close out another win, my mother looked at me and encouragingly said, “Why is it you don’t play golf? I bet you would be good at it.” Outwardly, I simply shrugged. Inwardly, I couldn’t stop thinking about borrowing my dad’s clubs and playing a round.

Armed with circa 1960’s Ram Fastback clubs, I set out to do battle with a nearby nine-hole course. Although I didn’t slay the beast, I did experience the magic of hitting a handful of flush shots, albeit by accident. I left the course vowing to hit flush shots on purpose and play a round at par or better. I had become smitten with hitting that little white ball. I had fallen in love with the game of golf.

My journey over the ensuing decade brought me very close to achieving my initial goals. Through trial and error, I gained a working knowledge of the key fundamentals every golfer must understand in order to maximize their scoring potential. I also stumbled upon a training and practice technique that accelerates the learning process as much as ten fold and used by the hot beds of talent the world over. A technique that has helped me progress more in the last year than in the previous ten years combined. Knowledge has become the most powerful club in my bag.

If knowledge is power, sharing knowledge is power on steroids and, more importantly, liberating while leaving a lasting legacy. Therefore, I am compelled to take the next step of helping fellow golfers improve their game by directly sharing the information I am fortunate to have come to understand. It is my way of achieving par in the game of life.

I now embark on the next leg of my journey. It promises to be more satisfying than a well-struck fairway wood to the center of the green for an eagle chance. That being helping and watching fellow golfers increase enjoyment through achievement. So, stop by PtPGolf.com now and again to see how I am progressing along my path to par. You never know. Maybe I can be of help to you. 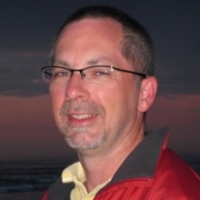 Revamp Your Golf Game Over Winter

A new look for 36aday

I have no golf friends. by @golfbandwagoner

Tee’d Off At Cancer